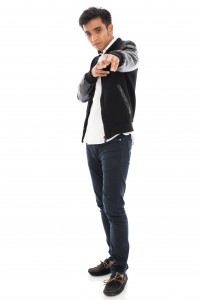 Gautam Khaw is an upcoming DJ/Producer in the trance international scene. Originally from Malaysia, the years he spent in the UK were truly where he shaped his musical taste. Gautam Khaw first discovered trance music by tuning in to Armin Van Buuren’s “A State of Trance” and instantly fell in love with the melodies that trance music incorporates into its beats. His influences include Aly & Fila, Armin Van Buuren, Above & Beyond, Andy Blueman, Darren Porter, Daniel Kandi, Manuel Le Saux, Will Atkinson, Simon Patterson and many more.

After watching Armin Van Buuren live at “A State of Trance 550” in Den Bosch, he decided to pursue a career in DJ’ing. After graduating from Mile High Sounds (Malaysia) and honing his craft, he then began playing in private parties in Bristol and started a weekly student radio show called “Trance Tune-In with GauTam”, which was aired across the UK. He also made several appearances in nightclubs across Bristol as well as gaining a deeper understanding of DJing while learning at Point Blank Music College (London). Known for his clean mixing techniques and his crowd lifting song selections, expect an energetic blend of sound ranging from the downtempo melodic trance & progressive to the fast paced uplifting, tech and psy-trance.

Having already shared the stage with world-renowned trance Dj’s such as Mark Sherry, RAM, Simon Patterson & Indecent Noise, he is definitely not a stranger behind the decks for huge events. Gautam Khaw has also diversified his skills into music production, taking his Dj’ing career one step further with his debut single entitled “Moonglade” released on Beyond Belief Recordings (UK) gaining huge support from trance heavy weights such as Alex M.O.R.P.H. , Ahmed Romel, Daniel Skyver, or Jerzyks. Furthermore, Moonglade has also received promo support from the likes of Guiseppe Ottaviani, Nick Callaghan, Manuel Le Saux, Sam Laxton and many more.

His following release, “Fantasy” (on Flemcy Music), is a collaboration EP with JP Lantieri where he experimented different genres, expanding his horizon and enriching his palette in his trance venture.

Since then he has released some absolute trance bangers, like his “Escape Reality” or “Fade Away” which have been noticed and praised by the highest trance gods.