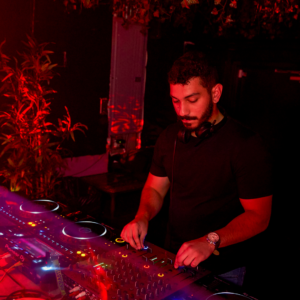 Sebastian Rodriguez, also known as Ucros, is a Miami-based DJ and producer. Ucros is musically influenced by the sounds of Eric Prydz, Cristoph, and Fehrplay. His production can be defined as progressive house and melodic techno.

Over the course of his career he has opened for renowned DJs such as Cocodrills, Eli & Fur, Fehrplay, Weiss, and Roger Sanchez at one of Miami’s best electronic clubs, Treehouse. With a sound that shines regardless of venue, Ucros has also performed at Miami’s Heart Festival, playing alongside The Martinez Brothers and Erick Morillo.

In 2019, he joined the Understated Recordings Tour of the West Coast, playing at multiple locations across California. Established names in the space such as Paul Thomas, Cristoph, Cosmic Gate, Pete Tong, Dosem, Grum and many others have praised Ucros’ talent, making him a name to watch out for in the dance music scene.