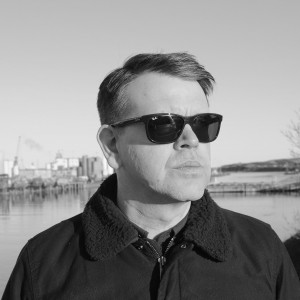 Jason Murphy, AKA Rollright Knights – a name inspired by an ancient stone circle in Oxfordshire, at which legends say that it’s impossible to count the number of standing stones, and the nearby Whispering Knights stones are said to be the petrified remains of forgotten warriors. The timeless vibe of the area and the mystique of the legends served as a springboard for creative musical endeavours.

Jason started making electronic music about 5 years ago after being in many bands over the years. Utilising software and hardware hybrid approach, Rollright Knights is a project primarily influenced by classic House and Tech House as well as Dub Techno, Techno and Ambient music.

Influences are varied and include ambient dub pioneers The Orb, as well as seminal dub techno artists like Maurizio and Basic Channel, right through to the current crop of US hardware producers like Deepchord. In addition, Jason is influenced by the classic deepness of artists like Pepe Braddock and Kerri Chandler and the straight to the floor direction of people such as UK Tech House legend Eddie Richards, as well as the hard but melodic stylings of the Anjunabeats productions.

With his first releases in 2016 on small labels such as Kitchen Smoke Records, Binary Trax and others, Jason is working hard on new tracks currently with a view to gaining more releases and is also planning forthcoming live hardware shows.