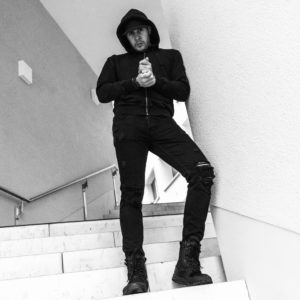 Producer & DJ, Sound Engineer, Studio & Label Owner; the now Berlin-based Ornery started his journey in his native Rome, growing his passion and turning it into a profession through the years.

Influenced by a broad range of genres and styles, his inspiration draws from the entire spectrum of electronic music, constantly oscillating between dark, emotional and intense.

After his chart-topping debut solo EP on Flemcy Music, his production output hasn’t seen any signs of slowing down, with a strings of originals and remixes that keeps receiving great feedback and support from underground artists all over the world.

Graduated in Audio Engineering at the renowned SAE in Berlin, he founded and currently operates his “Lost Crate” Studio, which is also home to his label imprint dedicated to discovering and promoting new talents.

The last couple of years saw him playing multiple times in

Berlin; other than appearing at numerous labels showcases in Miami, Barcelona, London and Hamburg.

Last but not least, he is also one of the residents DJs on the highly-regarded Data Transmission Radio with his monthly two-hours, premium selection of melodic techno titled “Workouts”, a platform that allows him to fully showcase his taste and style as a curator and selector of new music.