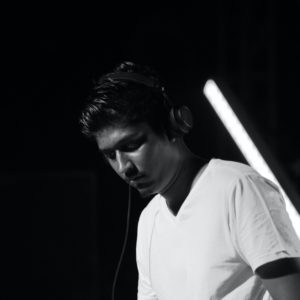 Born in Colombo, Sri Lanka, Hasith grew up with his love for music. Exposed to music from Mark Knight, Ahmed Sendil, Lissat & Voltaxx, Alex Kenji, Acid Pauli which found him interested in electronic music during 2008. After collecting records many years, He started studying the craft and collecting analog synthesizers and decided to start producing his own music

During 2016 he was influenced by the deep progressive trance movement, which was headlining by Nick Warren, Hernan Cattaneo, Guy J, Guy Mantzur, Roger Martinez. Realizing he had a knack for creating instantly catchy tracks inspired from his musical heroes, launching the project ‘Hasith’ in 2018. Also opening the digital outlet ‘Serendeep’, promote progressive imprint in electronic music scene alongside with befriended Danidu. The debut release ‘Moas Gone’ from Subandrio has proven to be one of the most popular releases in 2019.

Aiming to follow up success on his EP ‘Silk Road’ he continued releasing more and more promising music. His collaboration remix alongside Danidu for legendary Rick Pier O’neil’s ‘Another Side’ On Yin : Yang, was no doubt, one refined tunes of the year and story continues…