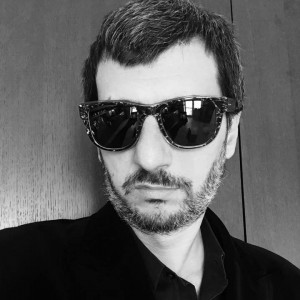 Gianluca Spinetti, while in his native Naples, was influenced by the sounds of Depeche Mode, Underworld or Pink Floyd.

A decade ago he started to produce minimal techno, tech house and deep house when he was The-Gians, name under which he has released more than fifty tracks with labels such as Whist, FootLoversMusic, FKJ Records, Remuda Productions or Volt9 Records.

As this was not enough, he started develop a passion for analog synthesis; in 2011 he began to produce with synthetisers and drum machines, and more recently introduced them in his live performances, while having released more than 100 tracks under his current name Gians.