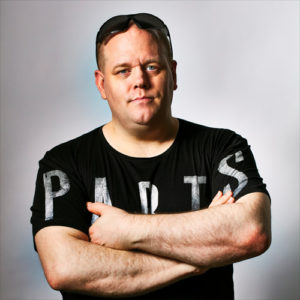 Berlin veteran Felix FX has rocked so many events, including the legendary one million attendants Love Parade, that a book would not be enough!

He has also co-organised great events like the Old School events “Walfisch Revival Party”, started to produce banging tracks from what all these nights inspired him, started his own Oldschool-Sound-Radio-Show “Kurzzeit-Trend” at DeeRedRadio, released a remake of “Everybody’s Free“ with Paula P’Cay, been resident-DJ at KitKatClub Berlin since 2017, year which saw him starting his Radio-Show “NOW…here comes the music” at DeeRedRadio, and also started the event-series “W.A.L. – We Are Loud”.

Does Felix FX ever sleep?