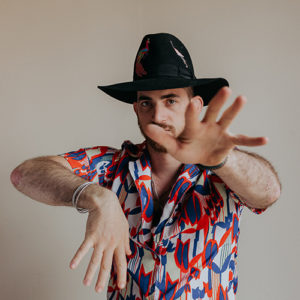 In 2021 Ben Tov started to create a series of successful events called Valhalla. These events take place in unique locations around Cape Town and focus on delivering an unforgettable musical journey that focuses on different styles of electronic music blended into one night.

Not one to pigeonhole himself into one style, Ben Tov traverses the BPMs and moods and focuses on telling a story through progression with his melodic sets and productions.

Ben Tov can be regularly found locked away in his studio, jamming together ideas and carving out his deep signature analog synth-lines and grooves for his next upcoming release.

With a slew of releases already under his belt, and constant releases on labels such as Katz and Kautz Deeplomatic and Harabe. His latest release Nuwe Reen reached number 14 in the Melodic House and Indie Dance Beatport Charts.

Ben Tov has traveled the world and played in several different countries. His sound is influenced by the various cultures he has met along the way.