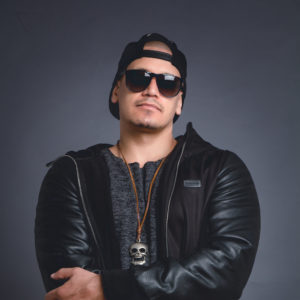 ASPARD is a DJ/Producer specialised in tech house and techno.

His productions are heavily influenced by his Brazilian roots with groovy bass lines and tribal elements, which when merged together create a unique sound. Combining his skills and talent, ASPARD has released tracks on renowned labels across Europe and South America. ASPARD’s DJS sets are defined by his endless energy and his versatility, combining  different styles and techniques.

Originally from São Paulo in Brazil, but currently based in London, United Kingdom, ASPARD’s first experience with deejaying was in the early 2000s. Unfortunately, at this time he had leave music aside because of a growing career in banking and finance. However, ASPARD never stopped scouting the European and Latin American dance music scene and eventually the urge became too strong. After 10 years in the corporate world, ASPARD decided to embrace the electronic music scene professionally and he has not looked back since.

ASPARD has already made a name for himself and has shared the stage with many of the scene’s heavyweights, including: Erick Morillo, Pan Pot, Dense & Pika, Miguel Bastida, Gw Harrison, Raffa FL, Volkoder, Shiiba San and Teenage Mutants, to name just a few.