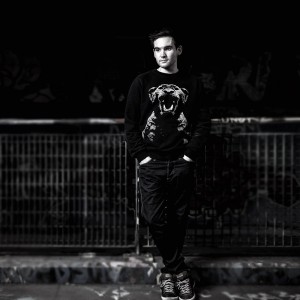 Alec Soren is a Bedford based Producer, Engineer, DJ and musician.

Since  January 2017, He has already performed in the 103 room at Ministry of Sound for Pukka Up, supported Groove Armada and Haçienda Classical at Brighton Racecourse, performed at the official Es Paradis afterparty on the Parasol Ibiza Tour. signed contracts for several upcoming label releases.

Whilst Alec mainly produces House & Deep House he is always  pushing the envelope with new tracks. Working with artists all over the globe. Alec also founded Soren Media Ltd as a multimedia company that does freelance Video & Music production, animations and graphic design.

Alec’s musical influences are very broad. When growing up he was very much into Drum & Bass and garage, then later got more influences from progressive house and trance music legends such as Eric Prydz and Armin Van Buuren, to recent prodigies such as Zhu, Duke Dumont &  Gorgon City.